this little guy turned TWO last week!  i would say “already,” but his unpredictable sleep habits were a major contributor to the fact that i blog a lot less than i used to, so part of me feels like i’ve been waiting him out, knowing eventually he’d learn that waking up crying right as mom and dad drift off to sleep is NOT COOL.  anyway, he’s two now!  he’s putting extremely adorable sentences together, he sings along to songs with the big kids, and he loves to pretend cook, especially soup! 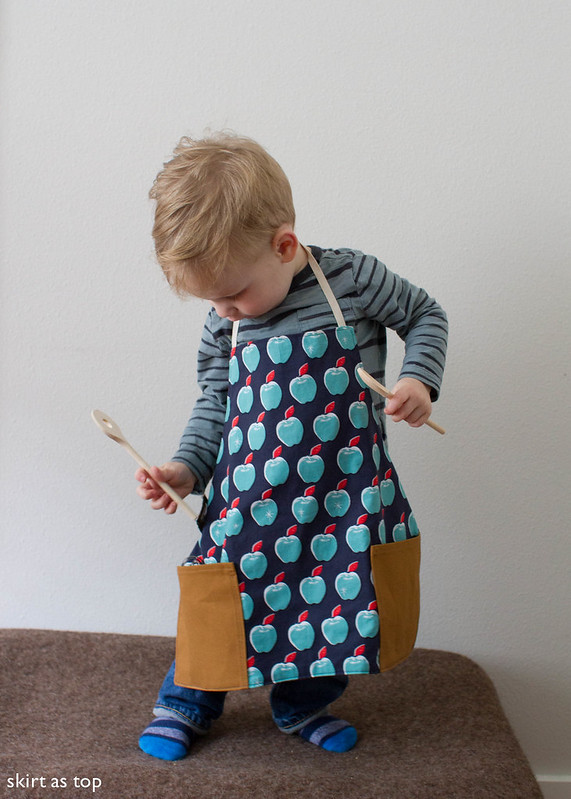 for his birthday, i wanted to make him a fat quarter apron, which i’ve made for both big kids (never blogged).  they’ve been hanging in his play kitchen area and he has been putting them on lately, so it was time. END_OF_DOCUMENT_TOKEN_TO_BE_REPLACED 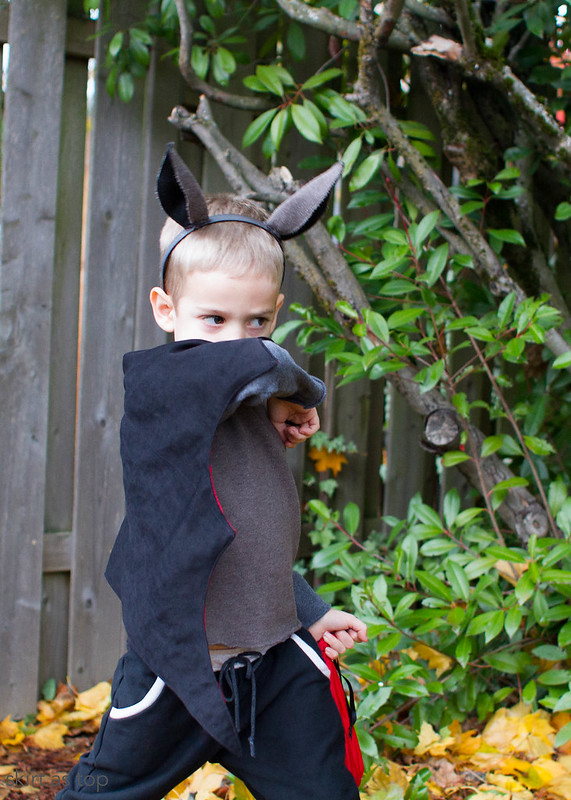 i started with his cape/wings, which i insisted on lining with the red nylon i had gotten at Mill End to look more “vampire” like.  i drew the pattern out on a big sheet of easel paper, making the wingspan match his armspan and sort of echoing the style of last year’s Toothless costume.  then i cut it out of some microsuede type fabric my mom had given me plus the red, sewed right sides together then turned, and quilted the lines in from the neck to each point of the wings.   END_OF_DOCUMENT_TOKEN_TO_BE_REPLACED 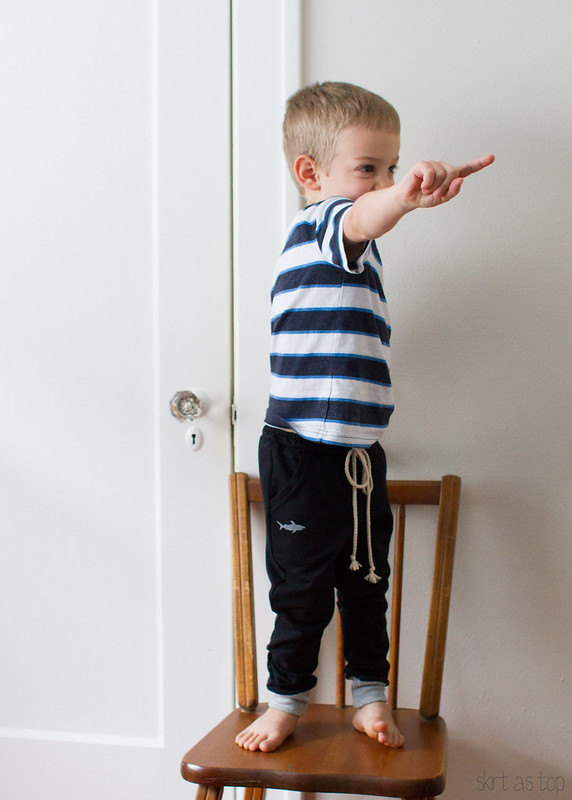 END_OF_DOCUMENT_TOKEN_TO_BE_REPLACED

i have a pretty strong tradition of pajama pants sewing for kids clothes week, especially for this kid here.  LET THE TRADITION CONTINUE. 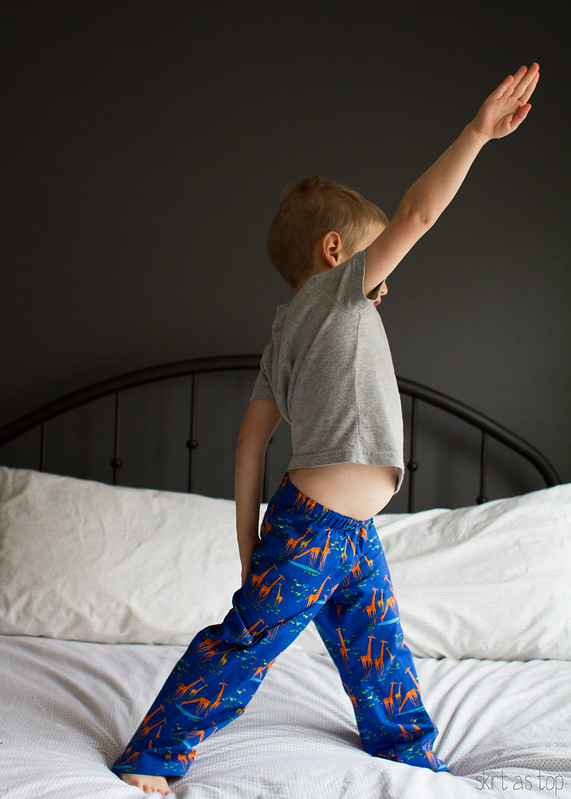 pajama pants are the perfect way to turn a really fun print into something wearable and cozy.  boy prints can be hard to find projects for, but PJ pants are always a winner i think. END_OF_DOCUMENT_TOKEN_TO_BE_REPLACED 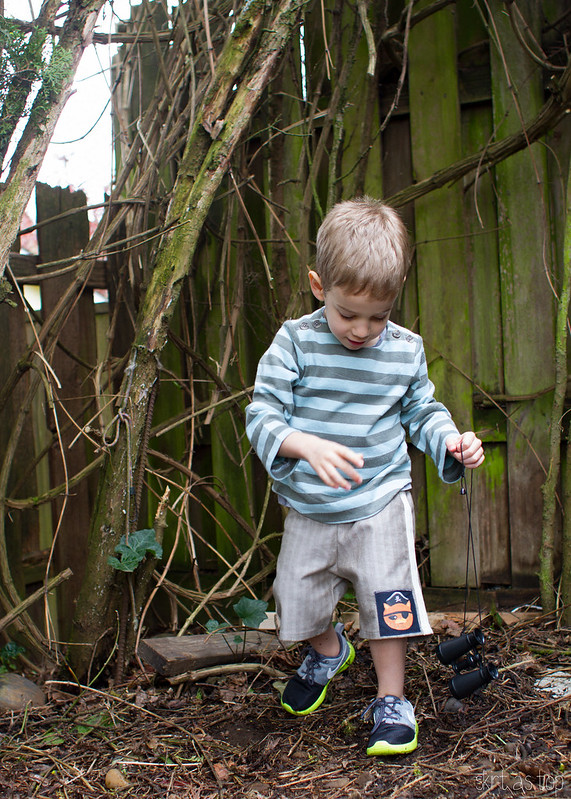