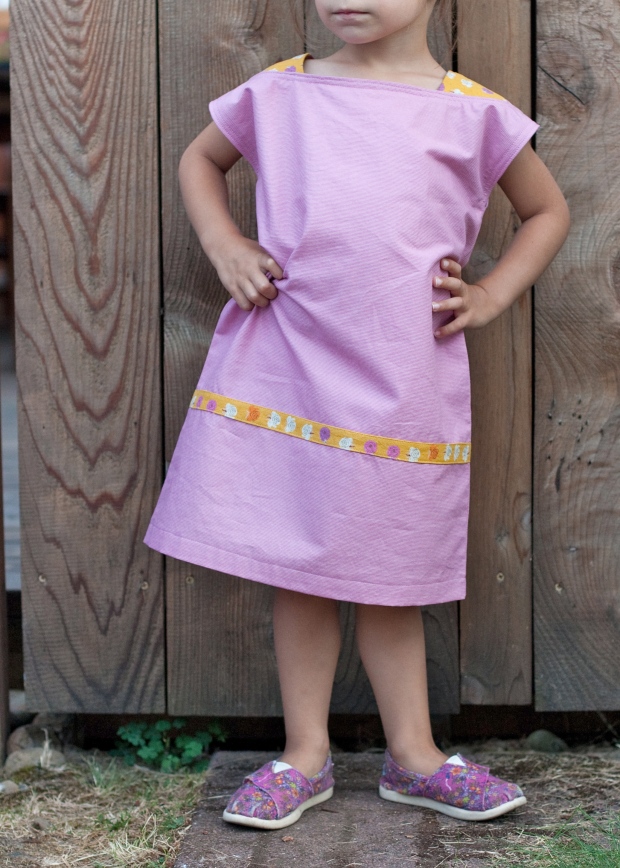 i’m not a big pattern repeater, for the most part.  too often, i make something, love it, vow to make it again, and don’t.  this is a case like that.  i made this dress nearly a year and a half ago, it was one of my favorites on em, she grew out of it, and i recently decided it was time for the next version. 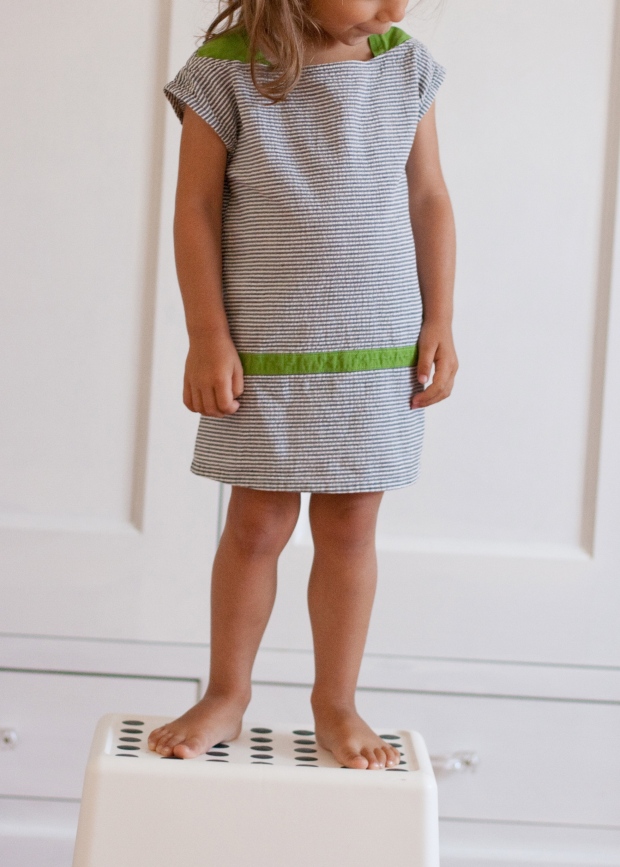 which may not seem so bad, but this is what happens when she lifts her arms…

with leggings or jeans it could still work as a tunic, but we still have about a month of summer left here (fingers crossed), so i wanted her to have another “transitional” dress to carry her through fall/winter too, all layered up.

warning:  i sewed this dress, along with my prior two sewing projects, while listening to “watch the throne” (by kanye and jay z) on loop.  i think em caught the vibe (though she hasn’t listened to it, OBVIOUSLY).  check out these moves: 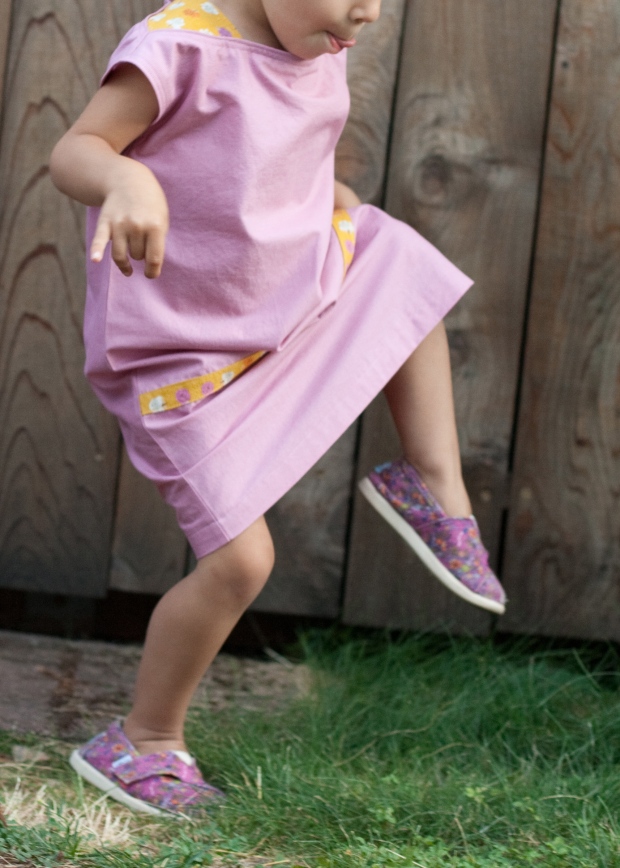 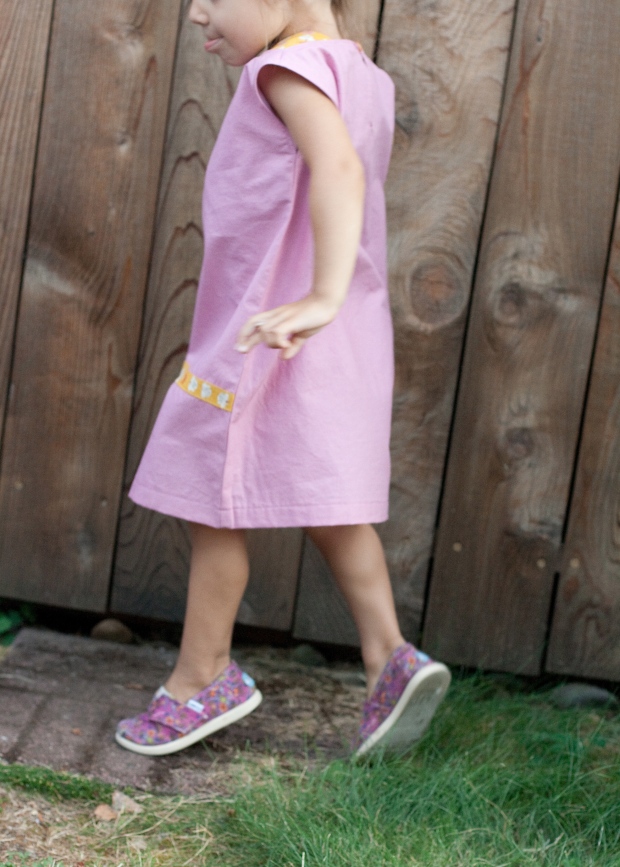 she’s about to call the paparazzi on herself!

i got it at uwajimaya in beaverton, for the locals.  they have a great japanese pattern book selection.  the fabric is a tonal stripe by momo for moda.  the contrast is gold roses from heather ross far far away II.

here’s a little tip for sewing with japanese patterns – figure out the kanji characters for “right side” and “wrong side.”  it helps with patterns like this.  🙂 hopefully you can zoom in on this photo and see it. 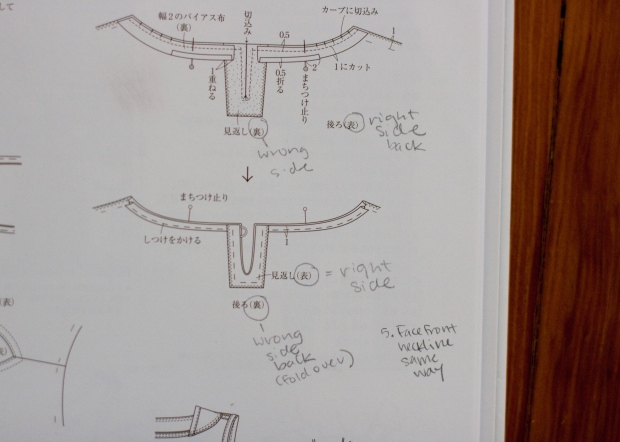 couple other quick hints: add 1/2″ seam allowances except where indicated (the pattern shows to add more at hemlines and for the shoulder cutouts), and measurements are in inches rather than centimeters (in this book, anyway).  they really are pretty simple patterns, though there is bound to be some head-scratching involved when sewing in a foreign language.

i think this one should last her for a while.

7 thoughts on “french sleeve one-piece dress: now and then”