my sisters and our families had professional photos taken this weekend as a gift to our parents.  we were supposed to do it back in may for mother’s day, but had to postpone due to illness.  the reason i mention that is to show how much of a procrastinator i am, yet again!  even though i had over a month to prepare, i decided em didn’t have a suitable outfit just the evening before photos, and sewed this little sundress after bedtime. 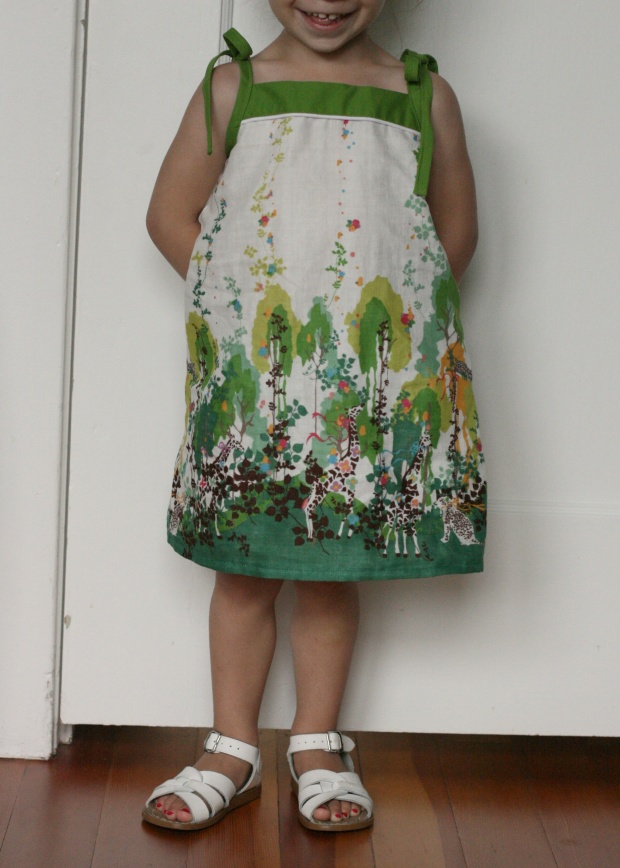 i tried to think of a pattern that would be a clean, face-framing dress that was quick to sew (due to it being the last minute), and complemented the rest of the family (wearing mostly blue and green).  i decided on a print instead of a solid, to pop against plain backgrounds of the photo studio.  i’d been saving this really pretty fabric that i’d picked up at bolt months ago because em loves animals and i knew she’d get a kick out of the giraffes wearing scarves and ribbons, and a sprinkling of flowers.

the fabric is kayo horaguchi’s “hide and seek” in green.  it’s a soft and light double-gauze.  isn’t it fun?  i figured such a loud print would juxtapose nicely with a very simple dress design, so i used the free popover sundress pattern by oliver + s, which i’ve sewn three times before, here and here and here.  i cut it as a 3T most places, but the length of a 4T and made the dress a bit more a-line to the hem (from 3T at the armpits to 4T at the hem).  it fits just right, which was a surprise since em is pretty short for a 3 year old.  the green is kona grass.  i made the ties extra long to make them sort of “vine-like.” 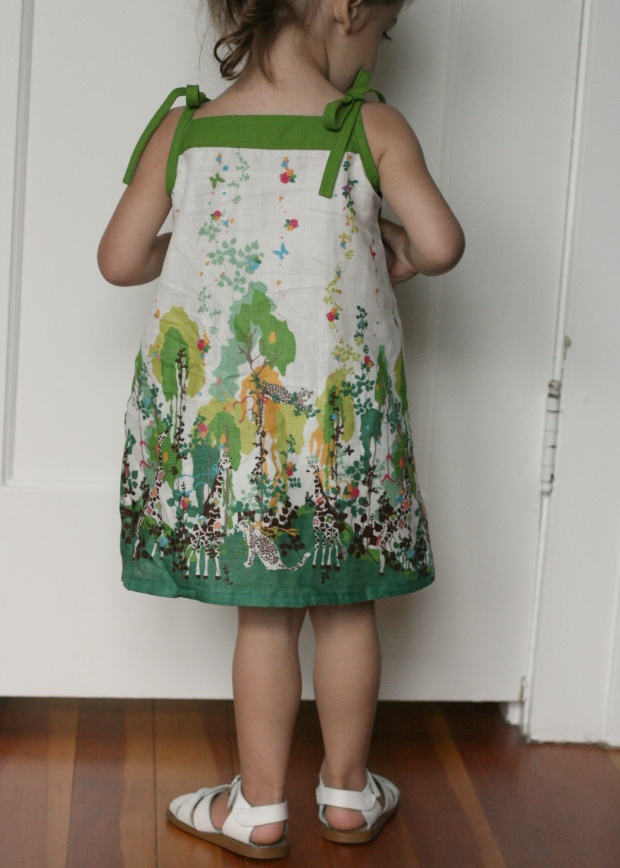 i have a completed sewing project that i can’t show yet because it’s a baby shower gift (and it’s KILLING me because it’s SO cute!), but those in the sewing-blog know may guess what it could be when i say i’ve recently learned how to sew piping.  wink!

the studio photos turned out well, and i’m sure this dress will get lots of wears over the summer since it’s so lightweight and fun.  and because em was in a silly mood, one more photo…this kid cracks me up! 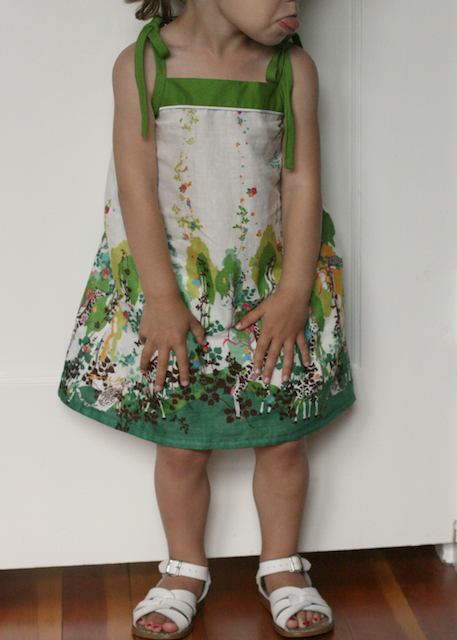 11 thoughts on “giraffes in the jungle dress”