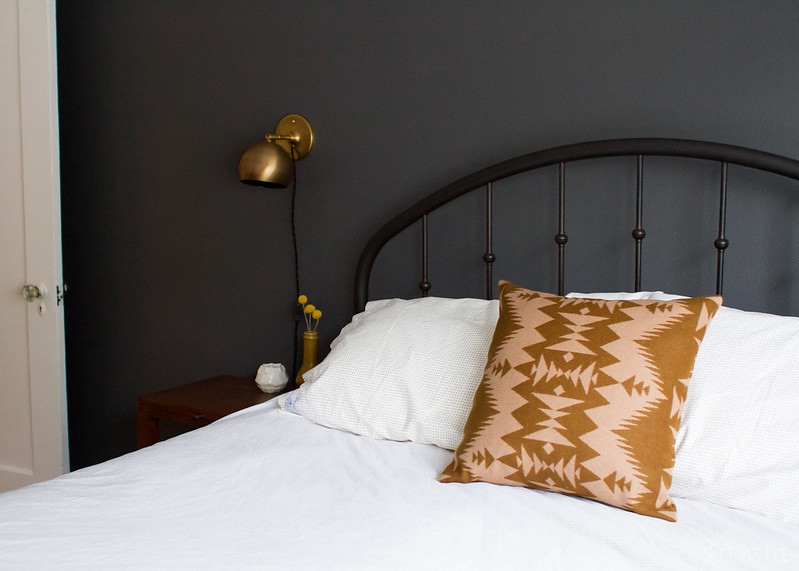 i’d gone into the retail store (on SE McLoughlin) a few times, gotten overwhelmed, and left empty-handed.  just too much amazing fabric plus a pretty high price point (this wool is over $80/yd normally).  but on my most recent trip, i got a half yard sonora jacquard wool plus a couple apparel fabrics (on sale!) and forced myself to sew this into a pillow right away, rather than let it languish forever in my stash.  it only took a half hour to make! 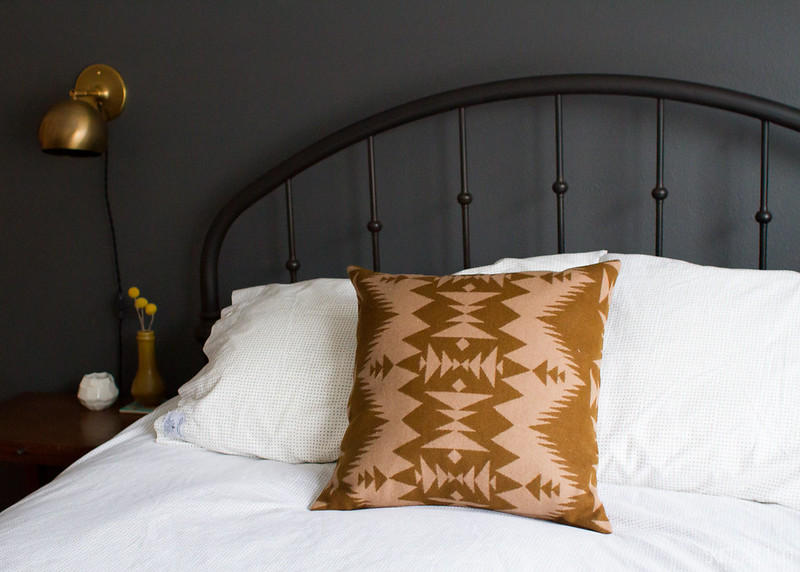 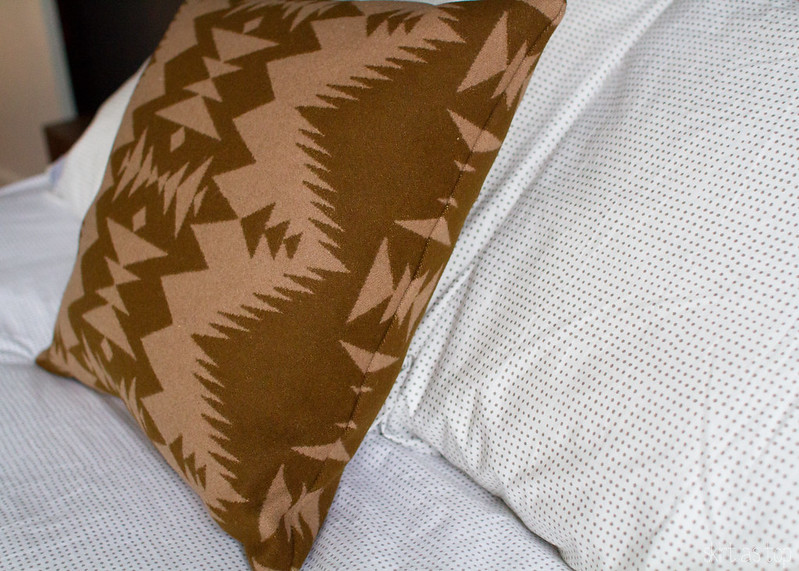 i cut two 19” squares, centering the design as best i could, and then used sew katie did’s tutorial to add an invisible zipper.  the invisible zipper i had on hand was only 14” but i was able to shove the down insert into it with only minimal wrestling.  i like a fuller pillow, so i matched the fabric squares to the insert size and let the seam allowance bring it in a bit for me. 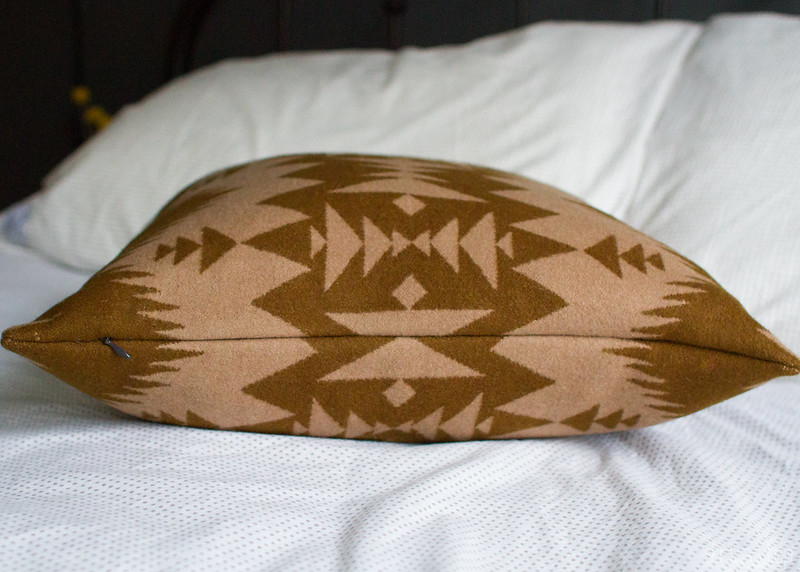 the wool was really fun to sew, actually – quite thick (they have looms at the Pendleton store so you can see how it’s woven, and it’s so impressive) but it sewed easily.  i serged all four sides before sewing the pillow together so there wouldn’t be any chance of unraveling. 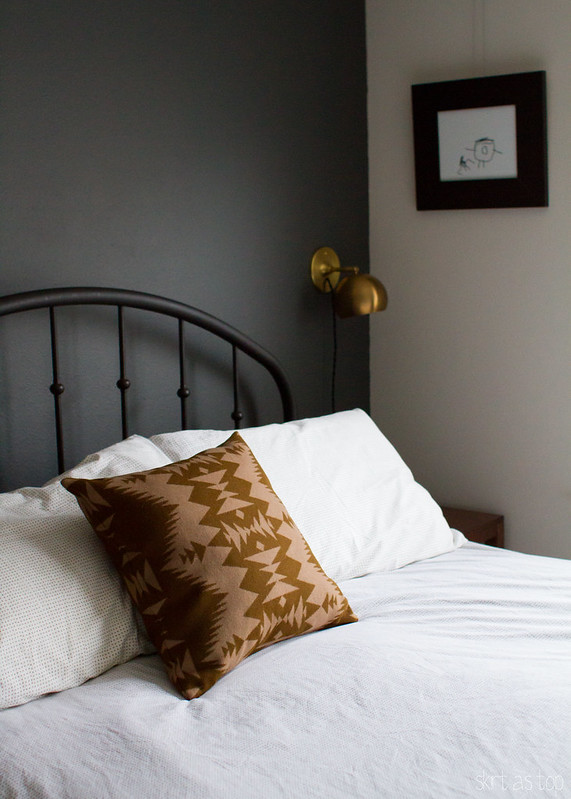 the pillow won’t live on our bed permanently; it’ll go on the basement couch.  but being a basement, the lighting isn’t really blogworthy.  plus i wanted to take some pix to document our new Isaac Sconces, our 11th wedding anniversary present to ourselves (ELEVEN YEARS OMG).  we also commissioned some new art by O up on the wall there because potato head cyclops drawings by four year olds are the best.  🙂 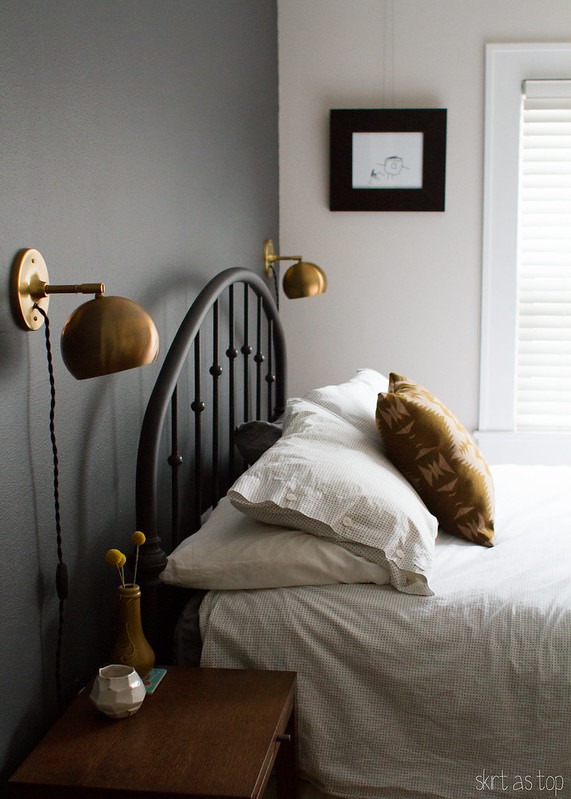 my husband and i have been slowly collecting pieces (mostly lighting and accessories) from Schoolhouse Electric here and there over the years.  the stuff they sell is high quality and really cool.  the store here in town is one of the most inspiring places for me to visit – i just love the atmosphere, even if i can’t buy much (also, it’s attached to both a coffee shop and a florist – smells like heaven in there).  we both shopped for each other there at Christmas, and very nearly gave each other the same present!  it’s nice to have a very similar style as a couple – it feels kind of impossible to do the whole “minimalist decor” thing with little kids underfoot, but at least in our bedroom we can try. 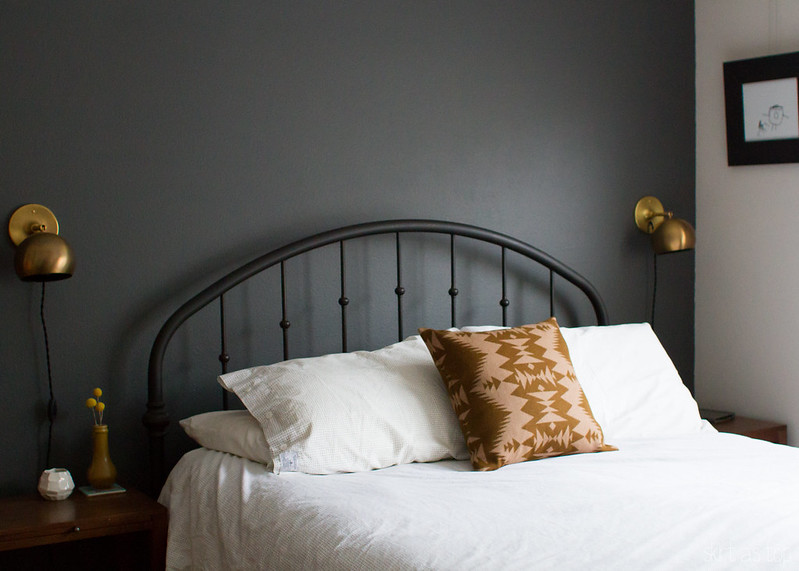 peaceful oasis and all that.