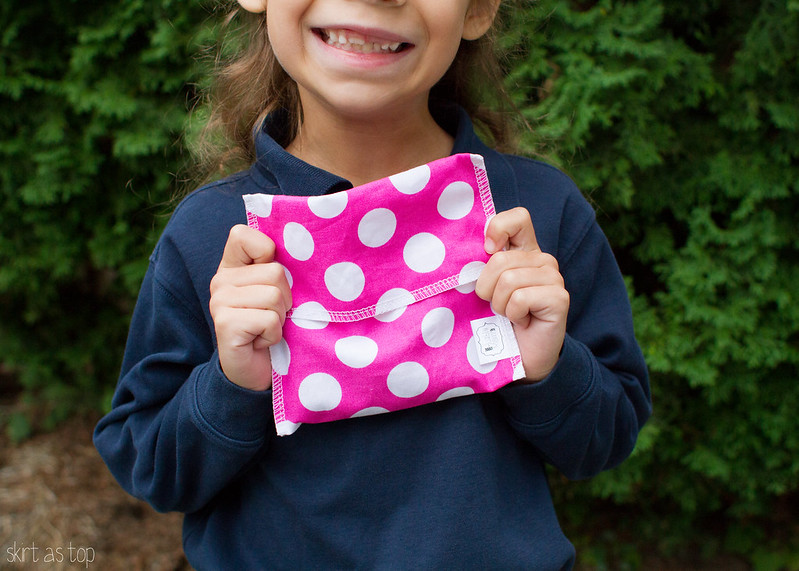 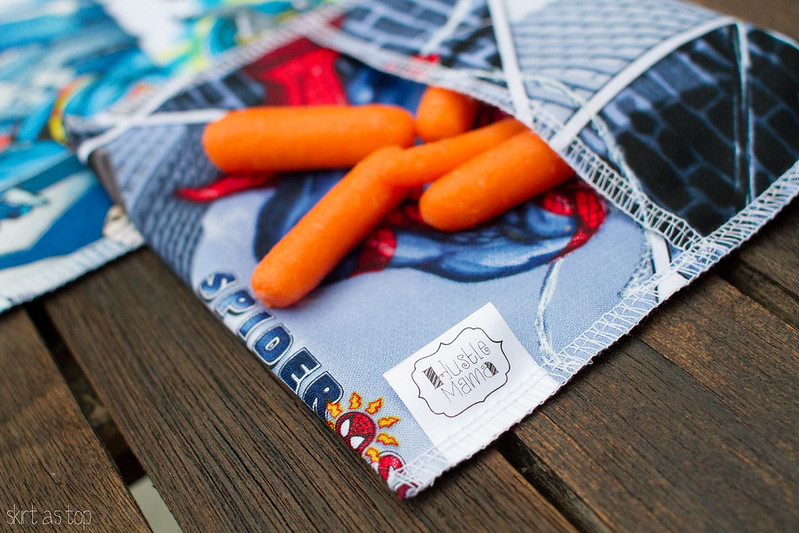 enter an email from shannon from hustlemama.  i’d known of shannon for a while, but it wasn’t until she sewed a couple of my scoop tops that we started chatting on instagram.  she’s funny, she’s cool, and she’s a super hard worker.  always hustling’, that girl!  i totally respect her work ethic and her go-get-em attitude.  she offered for me to try out some of her snack and sandwich bags for back to school.  she asked what my kids were into, and sent these on over.

i told her O was into superheroes, especially spiderman, so this is his set: 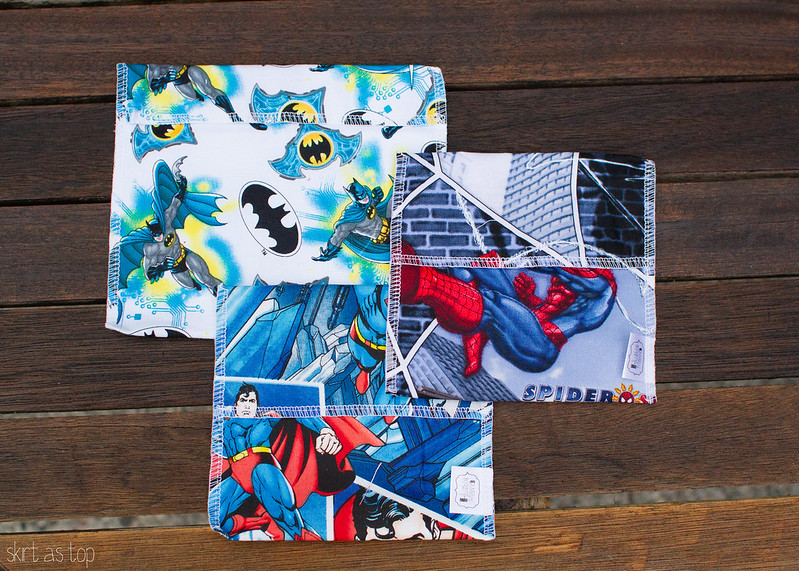 and E is into unicorns and just girly stuff in general so i picked this set (though now i’m thinking i should have asked for these!): 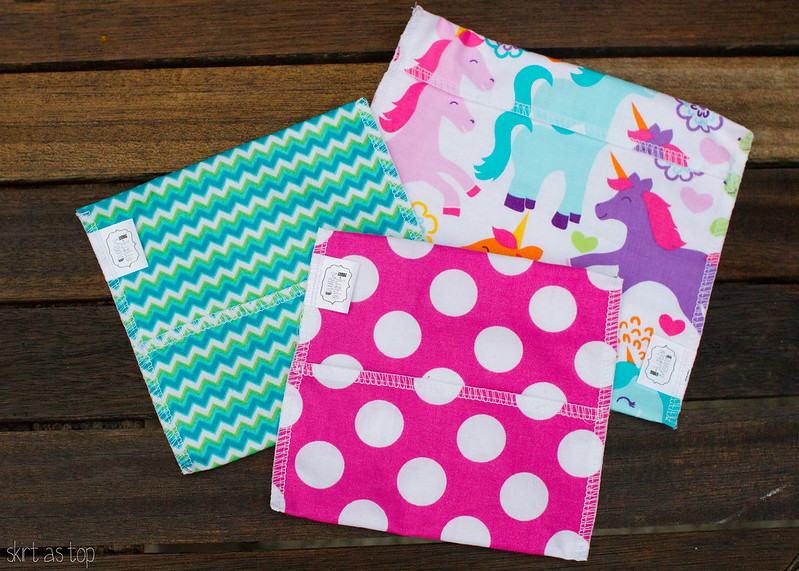 both kids LOVE their snack bags.  like deep belly giggles when they saw them, asking to use them before i’d sent them through the wash, having trouble deciding which they liked best, the whole deal.  the bags are well-made and are lined with food-safe ripstop nylon.  washable AND adorable. 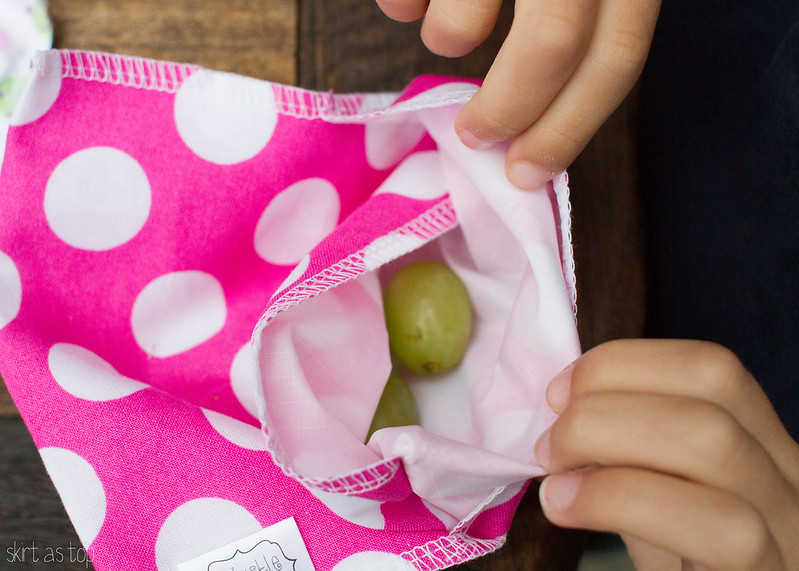 shannon has all sorts of cool stuff in her shop – mason jar tumblers, cloth napkins, and the ever-hilarious indiscreet zipper pouches for mama.  and she’s always adding new things!  i just love supporting handmade when i can, and boosting up gals making a living off making stuff. 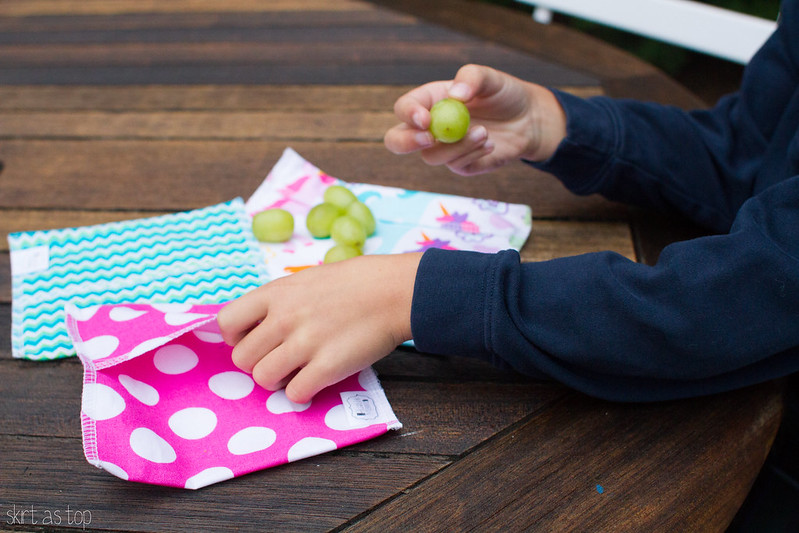 these pouches sure make lunches more fun!  and my kids definitely fall for stuff like this – make it cute and they’re more likely to eat it.  really.  it works. 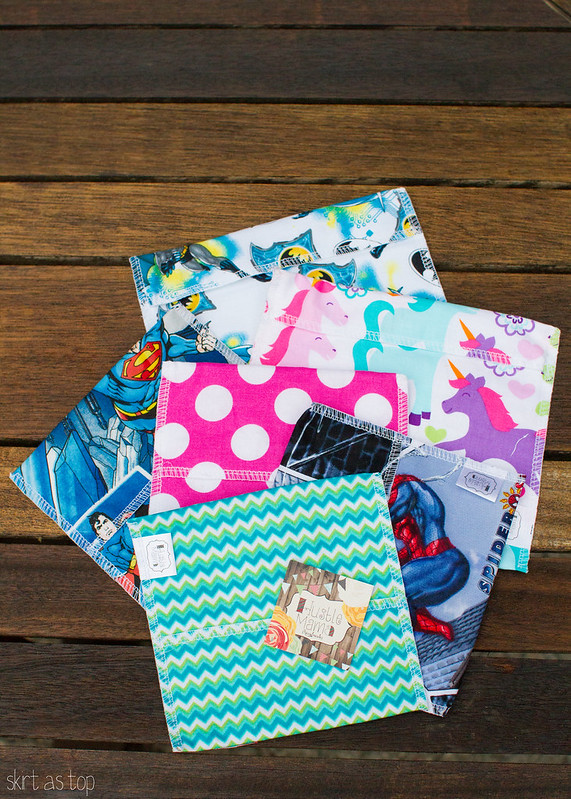 thanks to Shannon for sending these over for my kiddos!  and she’s offering a 15% discount to you guys with the code “SKIRTASTOP” at checkout.  the code works on all orders, not just snack bags!

hustle on over to the hustlemama shop and make your kids lunch a lot more fun (and earth friendly!).  or, you know, go ahead and nab something for yourself!

*i was sent these bags in exchange for blogging about them – i’m so grateful to Shannon taking some sewing off my plate!*